Indonesia In A Day

If you want to see all of Indonesia in one day, visit Taman Mini Indonesia Indah (TMII)! Get to know the indigenous cultures of Indonesia’s 34 provinces, plus more about the local flora and fauna, history, and religions. Here are our highlights:

THE LAKE: The focal point of this huge park is a lake with miniature islands on the lake’s surface, similar to the 13,000 islands of the archipelago. Take a ride on a skylift cable car, and you can snap it perfectly from the air.

TRADITIONAL HOUSES: The main attraction of the park are these fascinating houses. Eacho of Indonesia’s 33 provinces has its own traditional and unique architecture, which you’ll get to appreciate as you explore. Learn about the traditional costumes, artifacts, and food of each province, and don’t miss the traditional ceremonies and dances every Sunday!

MUSEUMS: Curious about Komodo Dragons? Your tots can satisfy their inquisitiveness at an amazing 16 museums around the park. There’s the Komodo and Science Techno Museum, the Transportation Museum, the Insect & Butterfly Museums, the Sports Museum, and more.

RELIGIOUS BUILDINGS: Not only is Indonesia rich in culture, but it  is also the home of five different religions. Learn about the beliefs and traditions of Hinduism, Buddhism, Catholicism, Christianity, and Islam.

RECREATIONAL SPOTS: Create your own fairy tale at Children of Indonesia Castle, or watch movies about the local environment in TMII’s huge indoor 3D theatre, Keong Mas Theatre. Or have some family chillout time riding a goose boat on the archipelago lake, or enjoying water play at Snow Bay Waterpark.

There’s a lot to see and do, so start your day early!

Great spot to learn all about Indonesia in a fun and interactive way for the whole family. Something for everyone!

Visitors, families with kids of all ages!

Other than the skylift cable car, another great option to get around the park is on the Aeromovel, a wind-powered train. 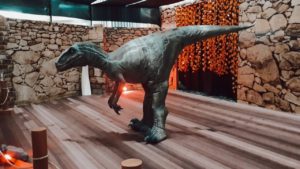 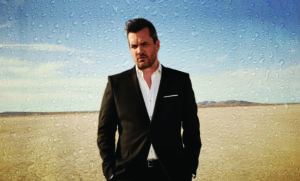 Jakarta
10 Amazing Domestic Destinations In Indonesia For Summer Holiday (That Is Not Bali)
Beaches, Snorkeling, Temples, Caves, And Other Undiscovered Travels In Indonesia

Jakarta
50 Amazing Things To Do With Kids And Families In Jakarta *UPDATED
Your Guide To Jakarta With Kids: Playgrounds, Nature, Museums, And More!

Jakarta
PRINTABLE: The Ultimate Jakarta Bucket List For Families – 100 Things To Do Now!
100+ Activities To Do With Babies, Toddlers, Kids, Teens In Jakarta