Hari Merdeka (Malaysian for ‘Independence Day’), also known as Hari Kebangsaan (National day), refers to the day when the Federation of Malaya’s independence from the British Empire was officially declared. Did you know that at exactly 9:30am on 31 August 1957, the declaration was read by the first Chief Minister of Malaya, Tunku Abdul Rahman at the Merdeka Stadium in the presence of thousands of people including Malay Rulers, members of the federal government, and foreign dignitaries?

As the spirit of freedom and unity wafts through the air during Merdeka, what better way to get into the mood than to celebrate with some great deals and sales! In conjunction with the upcoming historical celebration as well as the long weekend, Sukaseni hosts it’s Merdeka Market at LINC KL. Spot treasures like vintage and preloved clothing collection, antiques, handmade crafts and indulge in some delicious snacks while you’re shopping. So put on your shopping hat and shop more this Merdeka as there will be something for everyone!

What: In conjunction with the upcoming historical celebration as well as the long weekend, Sukaseni hosts it’s Merdeka Market at LINC KL. 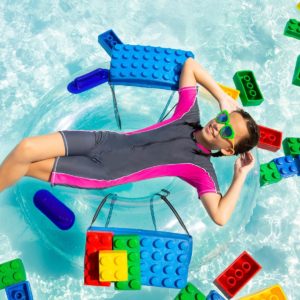 Play Your Way At LEGOLAND Malaysia

Top Dive Centers To Get Your PADI Diving License In KL

Kuala Lumpur
What Is Chinese New Year In KL All About?
CNY Explained For Kids In KL

Kuala Lumpur
Where To Celebrate Christmas And See Santa In Kuala Lumpur
Celebrate The Festive Season in Malaysia!